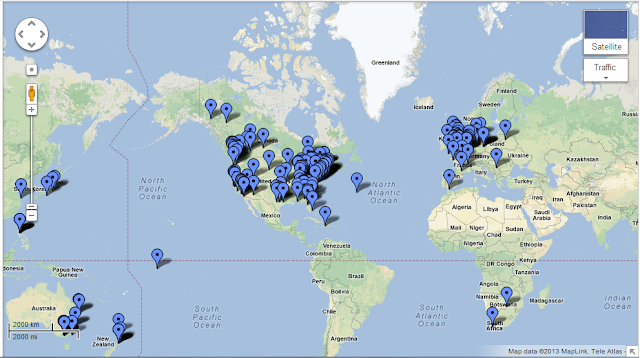 Vicky of Another Sewing Scientist had the brilliant idea of putting together a map of where everyone is based.   This way, you can find other sewers in your general area (or nifty people to meet/recommend cool fabric stores when you travel)    People of Philly or Baltimore (I'm in both cities quite often)  we can meet! Eat tasty things!  Admire each other!

copied from Vicky, here's how to participate:Open this link to get to Map the Sewintists   Click on the red Edit button on the leftClick on the blue pin on the upper left of the mapClick on your location to drop the pinA box will open that will allow you to add your name or blog URL in rich text Save et voilà!

**********update from users:  it appears that you cannot pin if you are using a mobile device / tablet; also, you may need to use Firefox since other browsers may not work; finally, you must be signed into your google account.  If worse comes to worst and you can't pin after trying all this, just comment below with your location and info you want to include, and I'll pin you! I would strongly advise people to only pin their general location or closest city, since we don`t want creepers peeping in our windows while we sew in our unders, do we?

We have a winner!

And thus began an argument on closed vs. open sets and how best to express such things.   Anyhow, eventually we got back to the numbers, and after declaring me insane, he went with 2 and I gave him some context.

Checking back with the original post, this makes Amanda our winner!   Well done.  Skill and Valour.  (Also, convenient for me, as she is the only one of the entrants I know in real life, which means a hefty savings on postage half-way around the world.)   Sadly, she does not blog, so I'll have to get pictures up here at some point.

In actual sewing news:
-The lining of my coat is more than half-way done (no, I haven't forgotten about it - I just haven't gotten around to taking pictures.  Winter and whatnot.)  (I vote for summer.  Also temperatures above freezing)
-I have another pair of jeans cut out and about a quarter put together (again, no pictures, yes, lame)

INSTEAD, I offer you Fashion It So - a glorious blog about the fashions of Star Trek: The Next Generation. For context, I was Captain Picard in fourth grade.  Not Halloween - fourth grade.  Every day at recess. Somehow this became the cool thing and even the kids who didn't watch played along (They were aliens and more or less caused mayhem.) 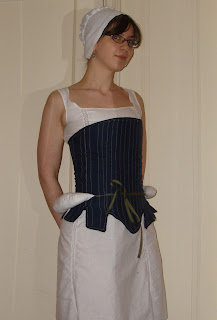 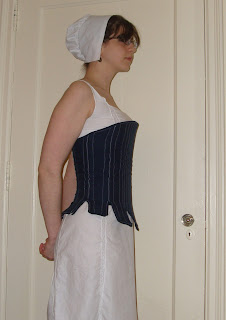 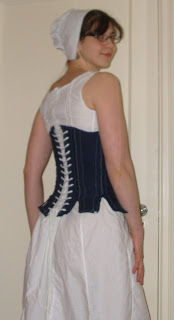 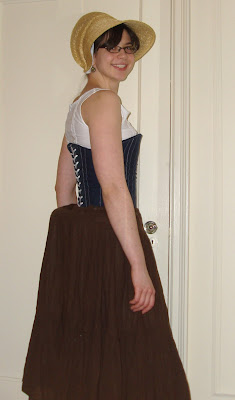 2nd Blogoversary + Give away

Wasn't really paying attention to the date, and then I saw that Oona had missed her blogoversary  and realized it was about time for mine too.   Turns out we're both February 8th - go figure.    Clearly it was an auspicious day.


Anyhow - I've decided to do a give away, and to try to make it more interesting than the last, aborted, attempt there are options!   If you win, you get to pick your favorite, and this is open to everyone everywhere.   Just leave a comment and I'll pick someone next Saturday, on the 16th. 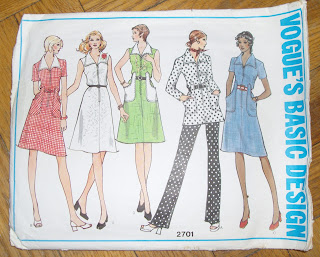 Our first option is this undated number that appears to be from the 70s - it includes a tunic, jacket (basically a shorter version of the tunic, but with long sleeves) and pants and is a single size:  38 bust / 40 hip.  It has a snazzy front opening zipper and patch pockets that double as belt loops. 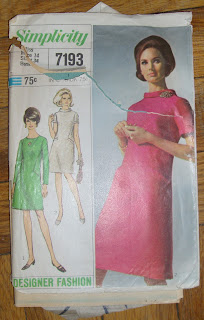 Next up, is this dress from 1967 with interesting side diagonal darts (look closely at the green and beige versions), optional pockets built in over the hip dart and a raised collar.  It comes in a bust-34.  (Although the envelope is ripped, the pattern is fine.) 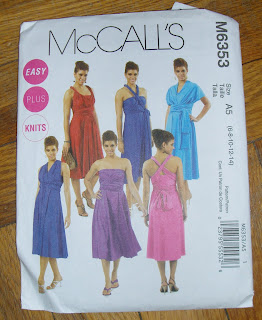 And the final option is a modern infinity dress - McCall's standard sizing 6-14 and uncut.

Anyhow, should any of these strike your fancy, let me know by Feb 16th.  I'll do a drawing soon after and the winner can pick which one she (or he) would like. 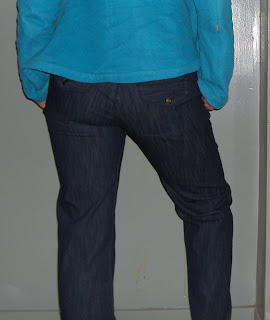 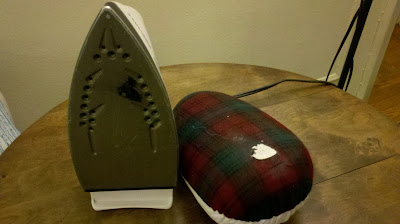 .....what base creature would make the cover out of polyester?