Remind me to buy batteries

My cameras has been out of commission for a week due to dead batteries (silly things aren't rechargeable...  must needs remedy this situation) so I can't show you the glories of the new fabric I purchased or the two dresses I have in progress. However, I can show you the latest fixations that have taken hold of my fevered brain.


I was cruising ModCloth for ideas, as one does, found this (I particularly liked the collar), saved it in my inspiration folder and continued on my merry way.    A few hours later, I went to see what was new with Colette, and found the Hawthorn.   With some slight modification to the collar and sleeves, it seems to be a perfect match. 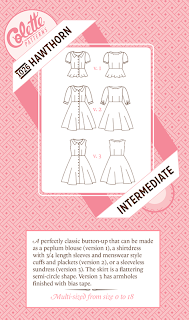 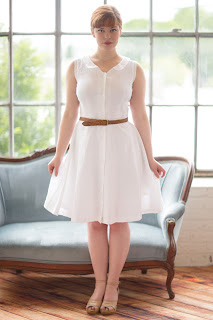 The other dress I've been entranced by is the Anna, from By Hand London, which I first saw made up by Karen of Did You Make That.  I've been on a full-length dress kick lately, and this would be glorious. 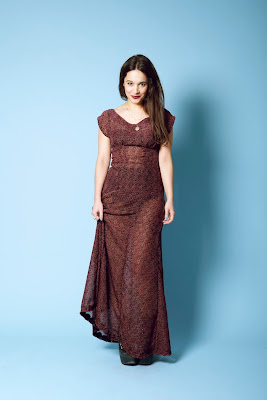 However, it's also pretty simple - and as I am actually trying to work through my pattern stash, I think I could pull of something pretty similar using a modified (slimmed down and lengthened) B5603 and the bodice of Twinkle Sews - Next Big Thing dress - both of which I already have.

To get the same effect, I'd remove the cut outs and put in a V-neck instead - but would keep the sleeves.  However, I might do one with the cut-outs as well - it could look pretty nifty.  (Or, I'll break down and pay for international shipping - I would find both of these just days after I told myself I needed to stop buying patterns until I found something unlike all the dresses already in my stash....) 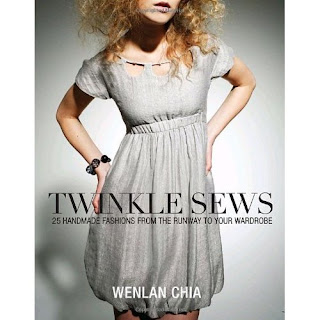