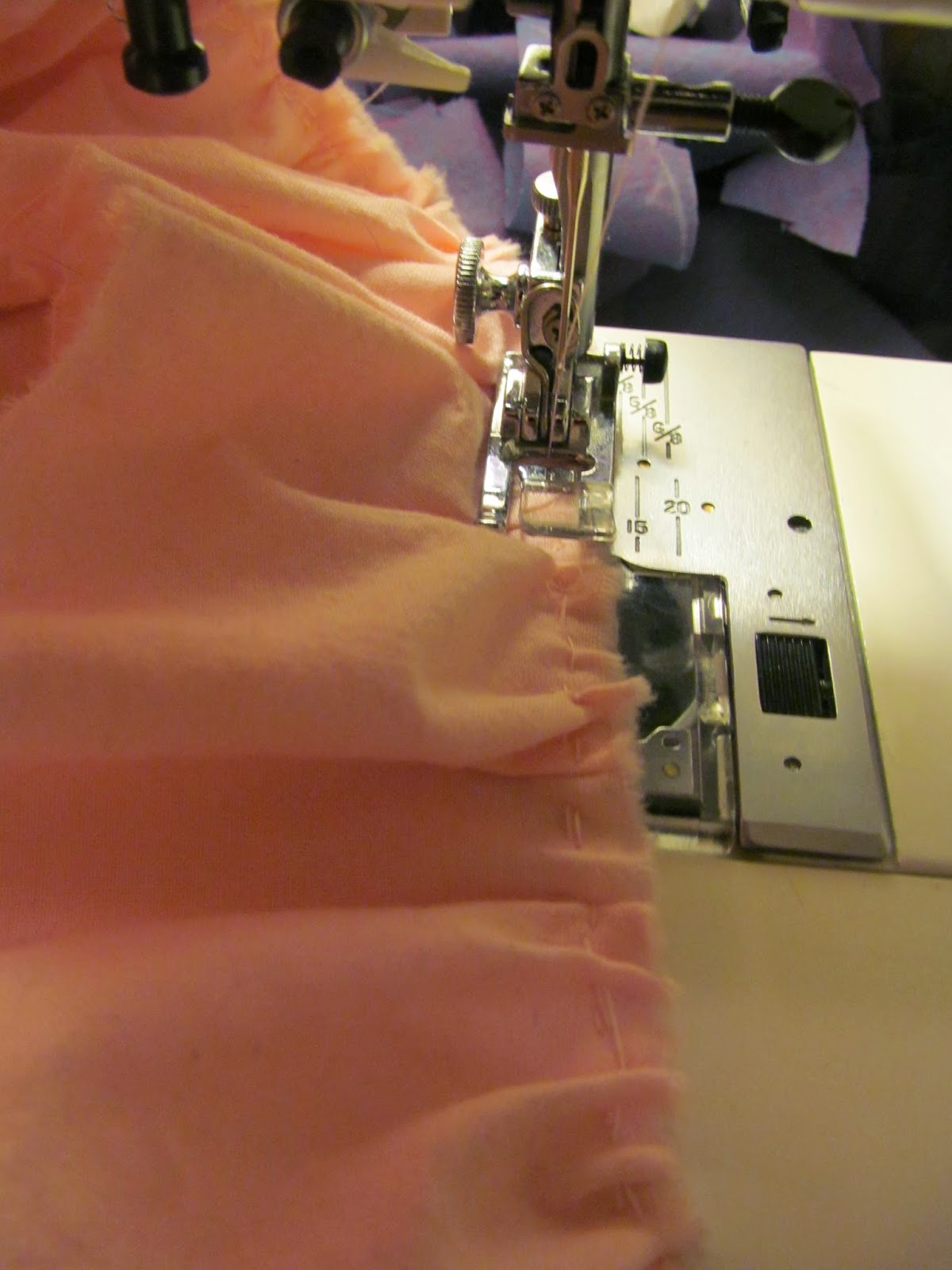 I've been working away at the crinoline that's going to go under my new B5748, to give it the proper oomf.   Rather than going with anything fancy, I chose a quilting cotton I can toss in the wash between wears.  (I know this isn't a popular point of view, but I love clothing made of quilting cottons.  They are nice and solid, but still have a good drape) 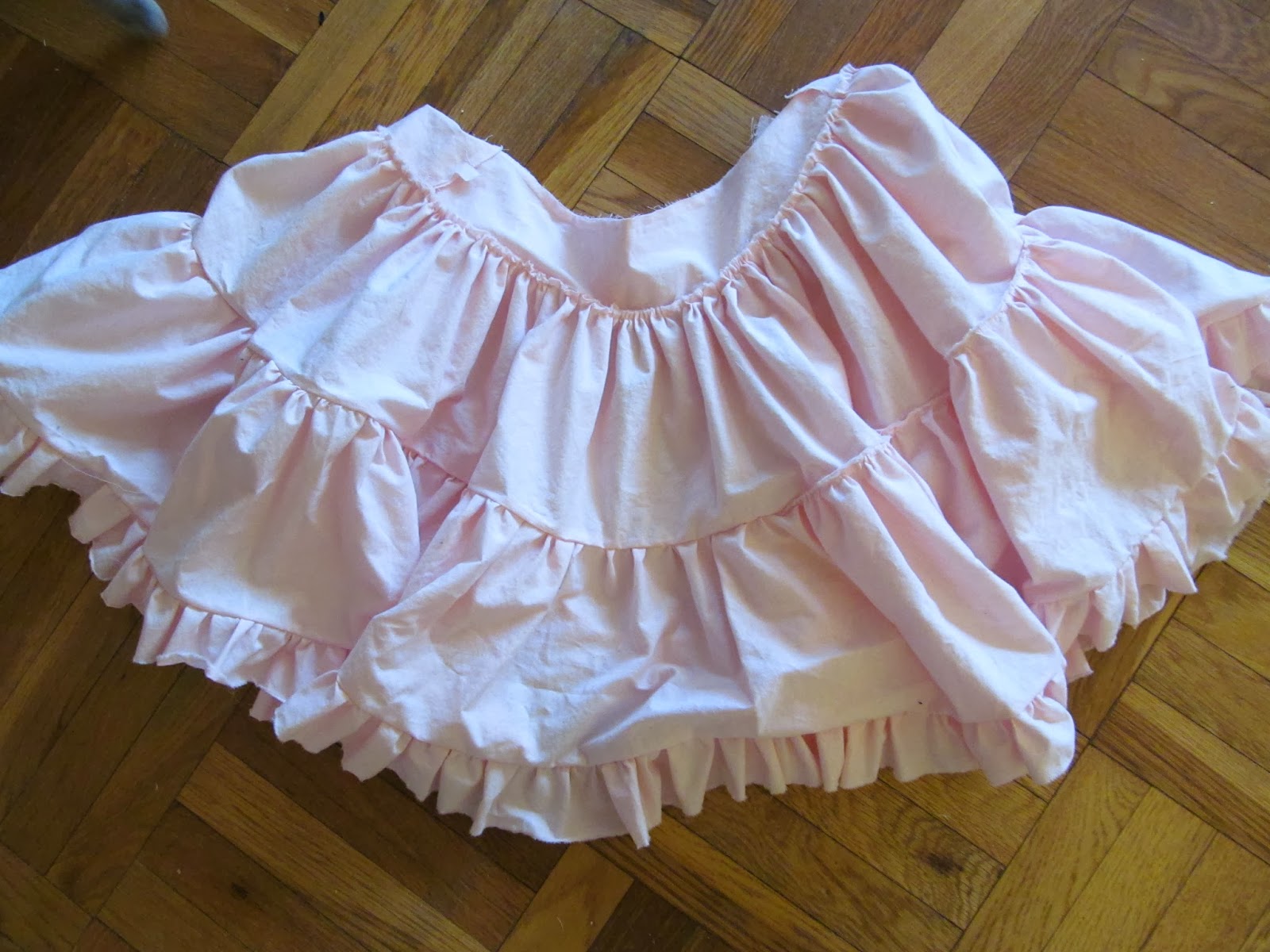 The crinoline is  fluffy and enormous, and not as ridiculous as it appears in this picture - I was fending off cats, while trying to take advantage of the early morning sunlight.    When its on, and is sitting normally, everything is even and lovely (and made of french seams!)  The fabric is a pale pink  (about halfway between how it appears in the two pictures) that reminds me of dessert. 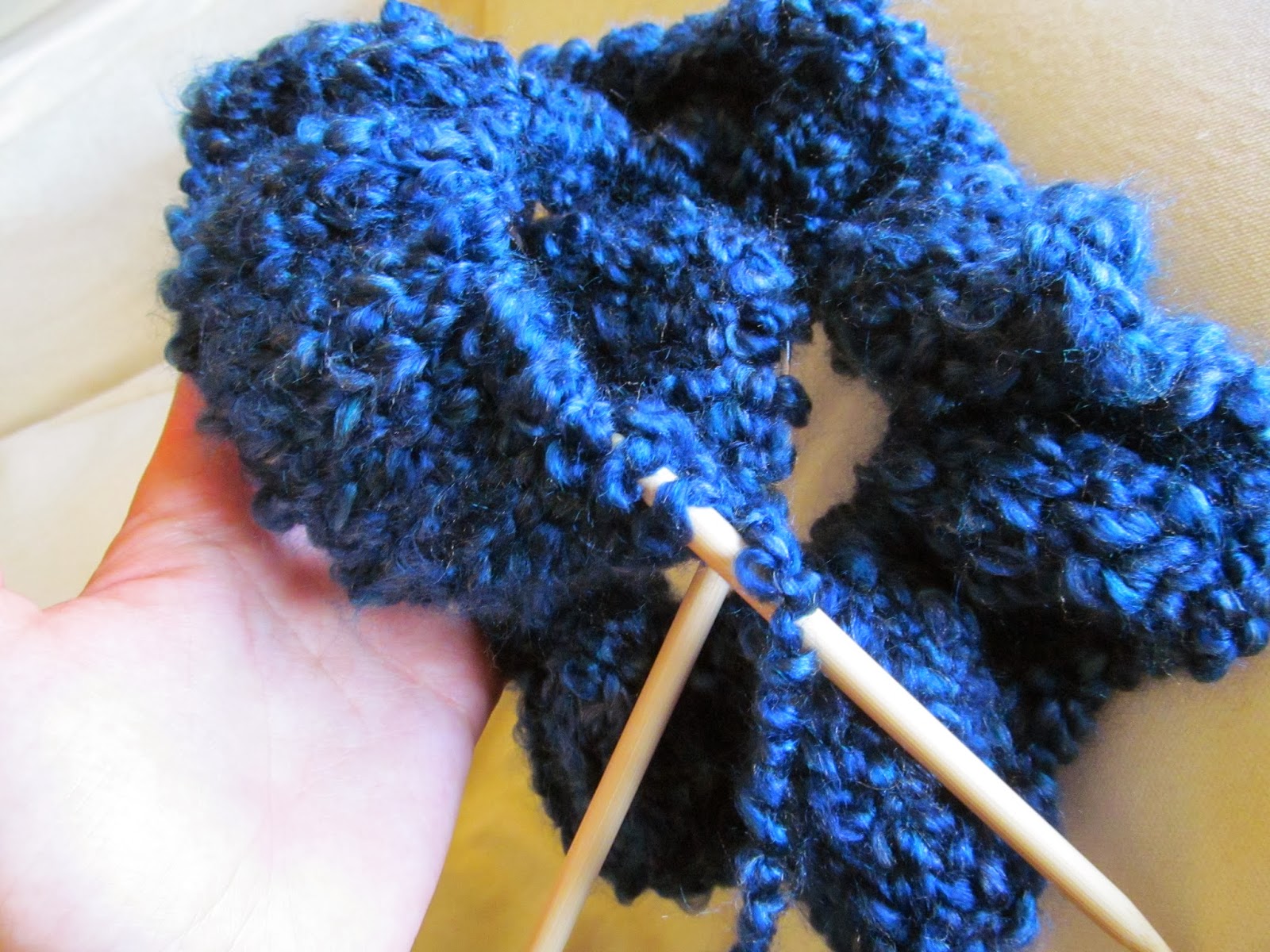 And, because I really don't have enough going on, I decided I need a cowl, to fight off these ridiculous winds from my poor cold ears.   I also forgot I don't knit a foot a night, even with chunky yarn, so this may take a while...

I'd originally looked at patterns, but ended up just going with a 90 stitch, stockinette, in the round giant tube thing.  Stylish, no?