Renfrew!  finally!  yay!    I really see why everyone loves these - they sew up really easily and the finishes look great with very little effort. 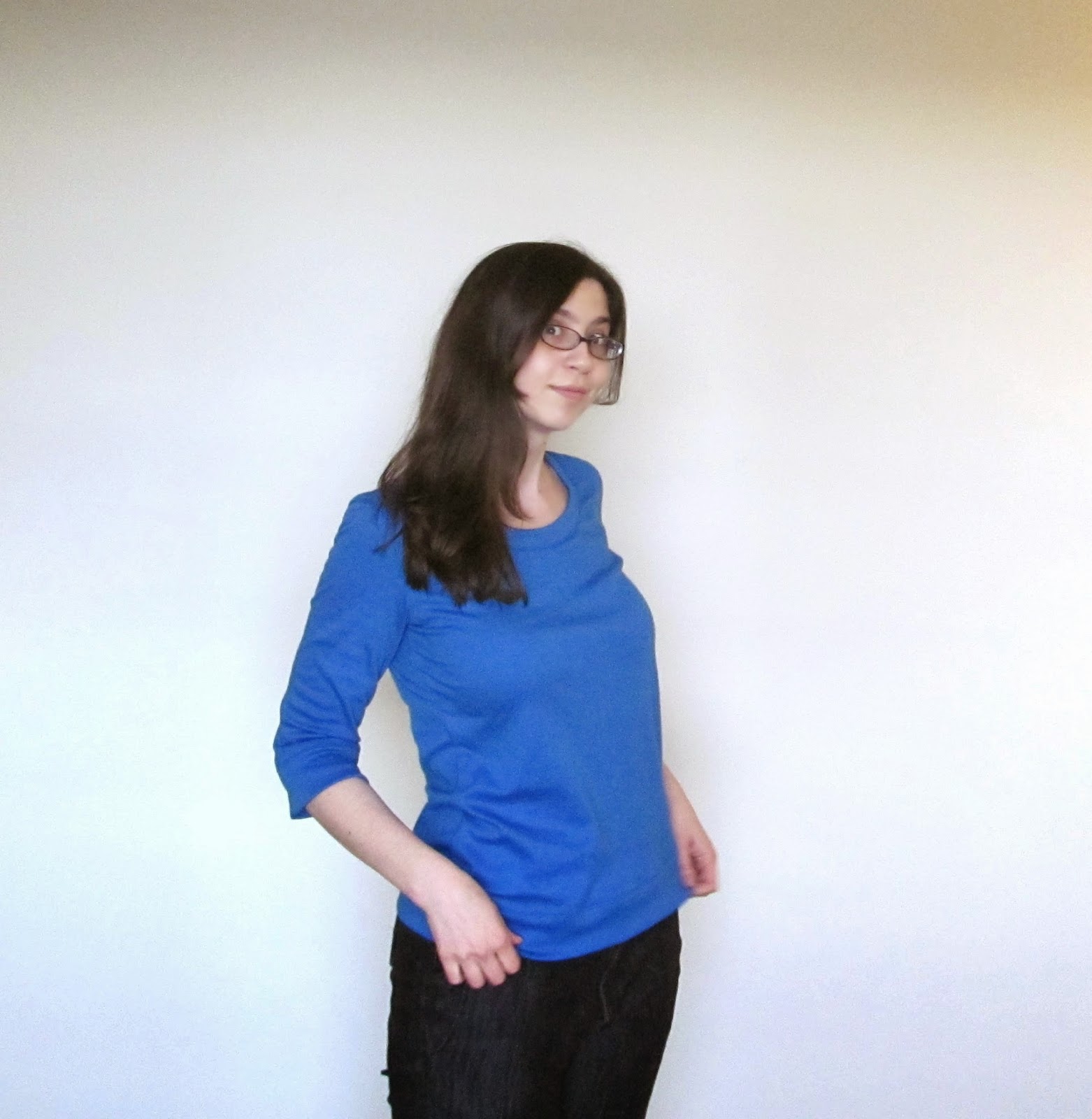 The only problem I have is with fitting -- I made mine a combination of an 8 on top and a 10 on bottom, but according to the measurements, I would need to be a 4 in the middle, which was a little harsh to grade, so I let it hang loose.   So... its a little on the baggy side. the back is too... So I need to figure this out.  I have some ideas for taking chunks out.  I'm thinking a wedge in the back and maybe... maybe... darts in the front.  but that sort of defeats the simplicity.   So we shall see....

ALSO - me-made-may starts tomorrow.   I've signed up, but its not really that big a thing as there hasn't been a day in the past two weeks in which I haven't worn at least one thing I made (actually, I think its been over a month since I can come up with a day that wasn't at least partially me-made)   So, I'll be participating, and posting pictures, but its not really the challenge it is meant to be.   However, I'll be using it to help identify wardrobe gaps (mostly shirts, with a dash of I've-nearly-worn-through-my-pants)  and force me to change it up a bit as jeans and the turquoise fleece are pretty much my uniform when it is cold out.
Posted by Allison at 9:15 PM

Email ThisBlogThis!Share to TwitterShare to FacebookShare to Pinterest
Labels: shirts