got bored - made a belt! 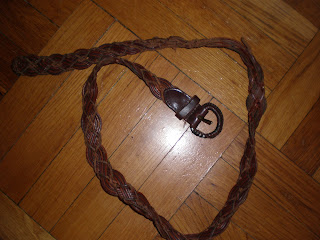 So.... last night...  when I should have been doing something along the lines of cleaning or whatnot and had intended to play with one of my outstanding UFOs....   I made a belt.   Impulse all the way FTW.

started out with an old belt I had worn out and was one good tug away from tearing into a zillion little pieces. 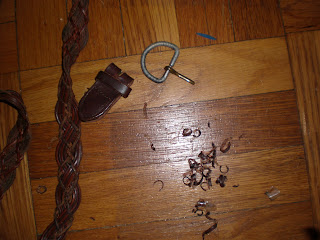 Cut off all the bits and removed the leather wrapping from the buckle.   (Also washed it, oddly sticky... I'm assuming they'd originally used some sort of adhesive...) 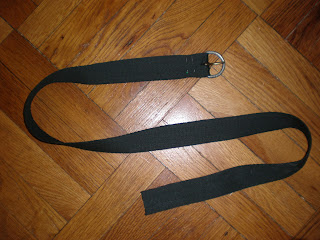 Cut a hole in some webbing and wrapped it over the buckled and pinned it in place.  (Then sewed... you know how this goes.) 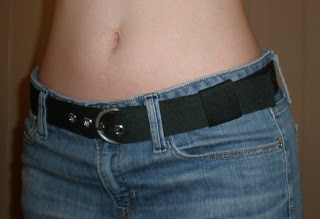 Added grommets and a loop to catch the extra, and wamo! blamo! belto!  in about an hour, and that's only because I sewed everything by hand and spent a lot of time making sure the ends wouldn't fray.  (black bias tape.)
Posted by Allison at 10:24 PM