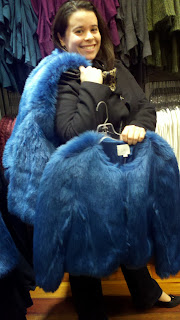 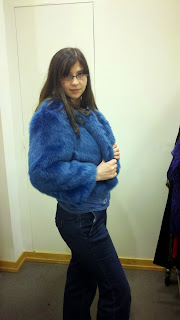 For the past several years I've been coming up to see a particular set of friends for new years.  The first, I thought it was going to be a casual party, and it was formal....  the second, I made a dress, brought it, and it was a jeans type evening.  (I wore the dress anyway.)  So this year, I called to check and asked if it was formal? casual? muppet costumes?   And we eventually decided attire should be formal muppet and promptly forgot about it until wandering around in Ann Taylor Loft and Em came forth brandishing this jacket.  Formal. Muppet.   FORMAL MUPPET!!   FORMAL MUPPET!!!!!!!! 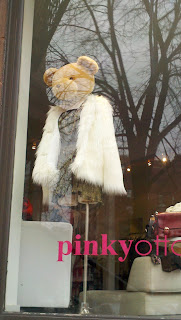 Anyway, it was a day of window shopping, and the weird didn't end there.   Decapitated Bear Mannequins.  There was a fair bit of debate as to whether they bought bear heads or if the clerks had a interesting evening and the bodies were stashed in a closet somewhere....

However, there was actually useful window shopping, I got pictures in the shops, but they were no where near as nicely lit as the ones off the anthropologie website - they are essentially the same dress - except the curry colored one was made of corduroy - an interesting fact they don't mention on the site, but fascinating in person.   I have three yards of green microwale with matching lining that has been intended for a jacket for years now, but I keep not getting around to it... I'm thinking it may end up being a lovely warm dress.  The purple one is cotton with embroidery.  (stunning in person) I think I'm going to have to duplicate this one as well.   Considering the number of UFOs I've currently got going, this is getting completely ridiculous, but most entertaining. 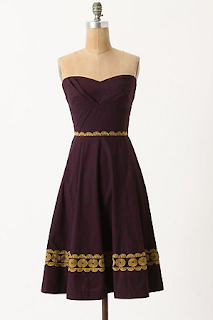 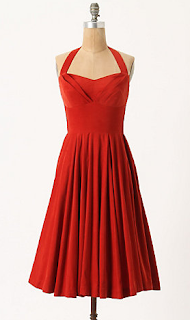 Anyhow, here's hoping everyone has a safe, happy and all together entertaining new year!
Posted by Allison at 10:51 PM

Email ThisBlogThis!Share to TwitterShare to FacebookShare to Pinterest
Labels: inspiration